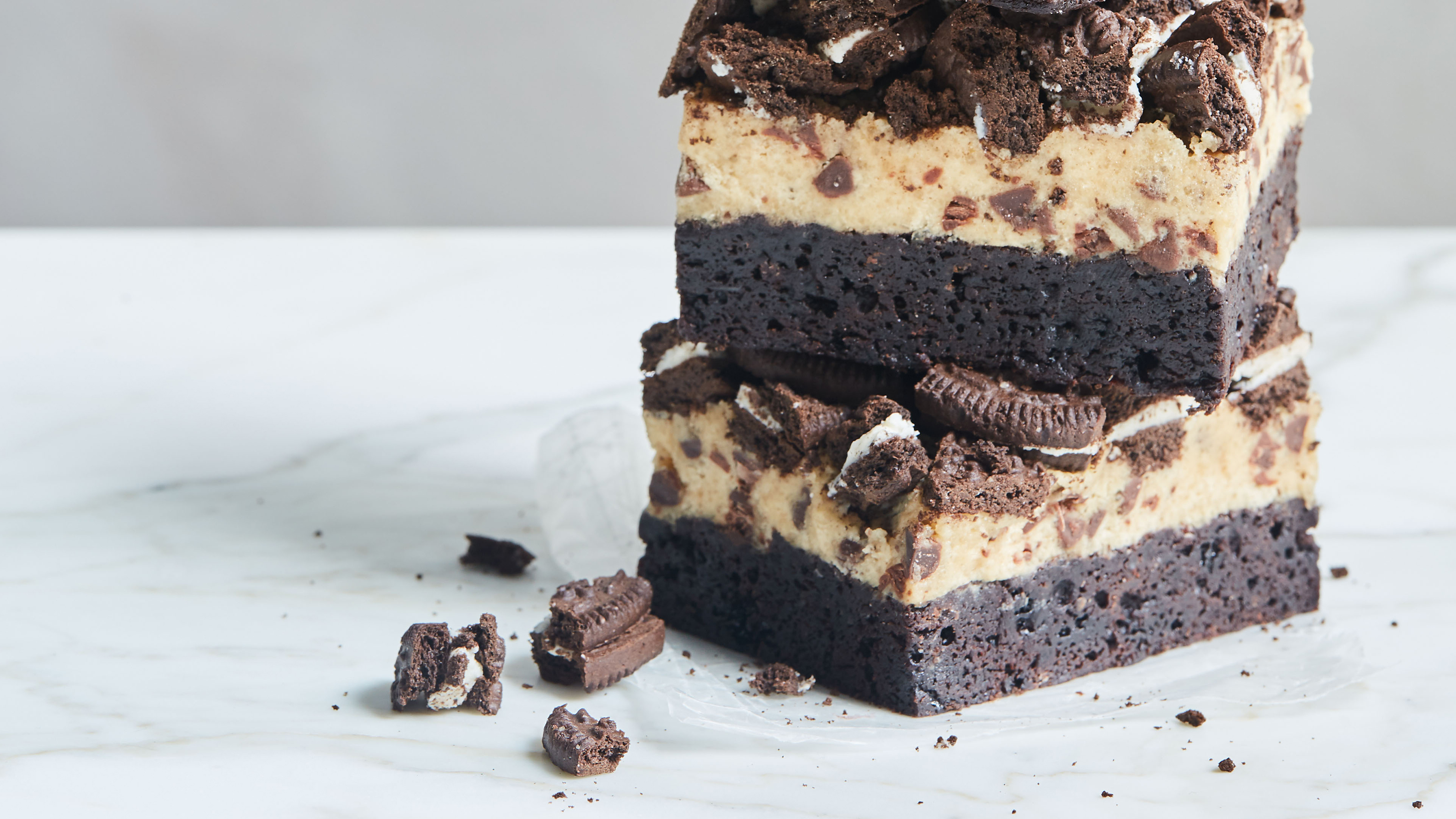 The foundation of a great cannabis brownie is the oil (or butter). A poor extraction in your oil or butter can turn great-tasting brownies into bitter-tasting bricks. This might be why Monica Lo, creator of Sous Weed, does not keep a brownie recipe in her arsenal. “I’ve eaten so many underwhelming and stale brownies from dispensaries,” Lo said, which is why she’s more likely to reach for salted caramel bark or a medicated cream puff when she’s in the mood for an edible. But that doesn’t mean she isn’t willing to help you make the best butter and oil for your own cannabis brownie recipe. Another great option to help you fine-tune your weed brownie baking prowess? A recipe from Stephanie Hua and Coreen Carroll’s cookbook Edibles: Small Bites for the Modern Cannabis Kitchen (included below).

But first, let’s talk about the basics you need to master in order to concoct truly delicious special brownies. Lo and Hua recommends infusing your butter using the “low and slow” method. For Lo, that means using the sous vide method, which involves sealing your ingredients in an airtight container and cooking them in temperature-controlled water; Hua simply keeps her cannabutter ingredients in a saucepan. Neither method requires appliances you don’t already have at home—everyone likely has a couple Mason or canning jars around these days, which are great for easy sous vide prep. The key to making a great cannabutter, especially if it’s your first time, is to aim low with the amount of flour you’re using. This is especially true if you’re serving brownies or other cannabutter-laced treats to friends, says Hua.

When you’ve landed on the right amount of flower, you’ll need to decarb (or decarboxylation) it, which will activate the THC in the cannabis prior to infusing it with oil. Since the infusion needs to be done on low heat for at least two hours, the cannabis won’t reach a high enough temperature to activate the THC compounds. The process toasts the flower at 300°F for 10-20 minutes. After that, you’ll first add the flower to your butter or oil and then add to water, either in an airtight jar that will be immersed in a temperature-controlled bath or directly in a double-boiler. Both chefs recommend using a candy thermometer to ensure the mixture remains at the same temperature through the process (approximately 185°F).

After straining the flower through a cheesecloth and letting the butter cool, the water in the mix will separate, which you can discard. Or, nab a resourceful had from Hua if you don’t want to waste THC-laden water: you can use it to boil pasta for an extra hit.

By keeping a careful watch (and low temperature) on your cannabutter, you’re destined to end up with great brownies. Hua also stresses the importance of using the high-quality flower. Just as you wouldn’t normally bake with ingredients that taste bad, you shouldn’t bake with a flower you don’t enjoy. Use something you already dig, rather than opting for whatever’s cheapest.

While the taste of cannabutter is nice and nutty, some people prefer to mask the grassier notes. Hua recommends spices that add a classic flavor to your brownies, though she thinks chocolate and cannabis are perfect bedfellows. If you’re not going for her Booty Call Brownies, which you can make using the recipe below, you can add cinnamon, nutmeg, or cardamom to add great spice factors to your own cannabis brownies.

Directions:
Preheat the oven to 325°F.

In a medium heatproof bowl over a double boiler, melt together the butter, sugar, cocoa powder, and salt. Cook for about 10 minutes, using a rubber spatula to stir the mixture occasionally until the butter melts and the batter starts to come together. It will look thick and grainy, and may even seem curdled. Don’t worry, it will smooth out later.

Remove the bowl from the heat and let cool for 5 minutes. Stir in the vanilla. Transfer the batter to the bowl of a stand mixer fitted with the paddle attachment.

One egg at a time, beat in the eggs on low speed, waiting until one is incorporated before adding the next, for 1 to 2 minutes per egg. Scrape down the bowl with a rubber spatula about halfway through. When the batter looks shiny and smooth, add the flour. Mix for about 1 minute on low speed until it is incorporated and looks like the luscious, velvety brownie batter of your dreams. Alternatively, you can mix everything the old-fashioned way with a wooden spoon and some elbow grease.

Pour the brownie batter into the prepared baking pan, scraping out the bowl with a rubber spatula. Bake for about 25 minutes until set. Let cool until you can touch the pan. Transfer to the refrigerator to cool faster.

MAKE-AHEAD TIP: You can bake the brownies and toast the flour one day in advance. Cover the brownies with plastic wrap and refrigerate them. Store the flower in an airtight container at room temperature.

Spread the flour on the prepared sheet. Bake for 15 minutes, stirring halfway through the baking time. Let the toasted flour cool before using.

In the bowl of a stand mixer fitted with the paddle attachment, combine the unsalted butter, cannabutter, sugar, brown sugar, and salt. Cream the mixture for about 2 minutes on medium speed until light and fluffy, pausing halfway through mixing to scrape down the sides of the bowl with a rubber spatula. Add the cream and vanilla and continue mixing until incorporated. Scrape down the sides of the bowl again with your rubber spatula. Adjust the speed to low, add the toasted flour, and mix for about 1 minute until it is evenly combined. Stir in the chocolate chips. Set aside at room temperature until the brownies have cooled.

Chill the brownies thoroughly (this is important to get clean cuts) for about 30 minutes before cutting. Run a knife along the sides of the brownie pan and use the parchment paper to lift the brownies out of the pan. Cut the brownies into 18 pieces, 3” x-2⅛” each. Wipe your knife between cuts to keep the cuts sharp and clean.

These are best enjoyed right away (as if you could resist!). Refrigerate any leftovers in an airtight container for one to two days, or freeze for up to one month. Thaw at room temperature before serving.

Here are some fun and informative articles we think you might find helpful.